Question 1.
Who is called the prince of the travelers? [1]

Question 2.
Who was the founder of the Shunga dynasty? [1]

Question 4.
Name the Saka ruler who restored the ‘Sudarshan Lake’. [1]

Question 5.
Why is Nagarjuna called ‘Einstein of India’? 1

Question 6.
Describe one of the main features of ‘Gandhar sculpture’. [1]

Question 7.
Which Me war Emperor was coronated on holi festival? [1]

Question 8.
In which year was the First Battle of Tarain fought? [1]

Question 10.
Vijay stambh was constructed by Rana Kumbha in memory of which victory? [1]

Question 11.
Explain the difference between the Sabha and the Samiti. [2]

Question 12.
Which historical and literary sources are currently valid as judicial evidence? [2]

Question 14.
Describe the two characteristics of Greek coins that are currently visible on them? [2]

Question 15.
If you had been present in the Battle of Khanwa as Rana Sanga, then which errors would you try to avoid? [2]

Question 17.
Write any two reasons for the rise of nationalism. [2]

Question 18.
Who was the founder of the Samp Sabha? What was its main purpose? [2]

Question 19.
What is the importance of records in history writing? [4]

Question 20.
At present, clarify the relevance of Ashoka’s Dhanuna. [4]

Question 21.
Why is Kanishka called the ‘Second Ashoka’? [4]

Question 25.
What are the teachings of Swami Dayanand Saraswati that can give the new direction to the present generation? Explain. [4]

Question 26.
In the freedom struggle of Rajasthan in 1857 AD, if the revolutionaries of the princely states had supported, the results would be different. Explain. [4]

Question 28.
Describe the progress made in the field of art, literature and science in Gupta period. [6]
OR
Describe the development of art and literature in Chola period.

Question 29.
Explain the importance of the Civil Disobedience movement in the Independence movement of India. [6]
OR
Describe the Non-Cooperation Movement in detail.

Answer 1:
Hieun Tsang is the prince of travellers.

Answer 2:
Pushyamitra Shunga was founder of the Shunga dynasty.

Answer 3:
Kalhana is the author of ‘Raj Tarangini’.

Answer 5:
Nagarjuna is called Einstein of India because he propounded the ‘theory of relativity’. –

Answer 9:
Rao Chandrasena started to struggle against the Mughals on the same line on which Pratap fought so he is called the pioneer of Pratap.

Answer 10:
Vijay stambh was constructed by Rana Kumbha in memory of victory over the Sultan of Malwa Mahmud Khilji.

Answer 11:
The Samiti was a general public assembly meeting in which important political and social topics were discussed. The king also participated in its meeting whereas the Sabha was smaller hs compared to the Samiti in which well-known persons used to participate. This helped the king in consultation and judicial work.

Answer 12:
At present, the genealogy written by the priests has been certified as documents valid in these judicial evidence. These include the papers, etc, regarding family relationships.

Answer 16:
D. Almeida was the first emperor of Portuguese official territories in India. He increased his navy power, which is called ‘Blue Water Policy’.

Answer 18:
Govind Guru was the founder of the Samp Sabha. Its main purpose was to work for the social upliftment of the Bhils and organize them socially.

Answer 19:
Records have a significant place in history writing. Records are engraved articles on hard surfaces such as stone or metal utensils. Due to being ancient and contemporary, they are more important historical proofs. Information about the particular times and accomplishments of the regime comes from these records. The records also contain economic, social, religious and political information of the past time.

Answer 20:
The Dhamma of Ashoka was based on toleration, non-violence and virtue. At present, the threat of war all over the world, terrorism, violence, corruption excessive profiteering, black marketing, dominant casteism, decline in ethics, etc. are dominating the society. Solutions to all these problems is possible only by following the Dhamma. It emphasizes on the superior and sacred morality and welfare, which is needed today.

Answer 21:
Kanishka was the most glorious ruler of the Kushan dynasty. Kushan power had reached its peak during Kanishka’s time. Kanishka got victories like the Ashoka, he was also a Patron of Buddhism. Influenced by Buddhism he built stupas and viharas. He also sent Buddhist monks in central Asia, China, Tibet, and Japan. Kanishka organized fourth Buddhist convention in Kundalvan at Kashmir; For all these reasons, Kanishka is called the Second Ashoka.

Answer 24:
There was a special type of permit letter called Dastak by which the East India company was exempted from the tax.

In 1717 AD, the Mughal Emperor Farrukhshiyar exempted the company from customs duty in Bengal by giving a special permit letter called Dastak. The British started misusing commercial facilities.Company officers used to sell their Dastak to Indian businessmen. This caused economic damage to Nawab of Bengal.

Answer 26:
In 1857 AD in Rajasthan, if the revolutionaries of the princely states had supported to the freedom struggle, the result would definitely be different. The rulers of the princely states of Rajasthan did not give any help to the revolution. This was a main reason for its failure. Not only this but most of them provided complete support to the British. This shadowy policy of rulers made important contribution towards restoring British power.

If they had provided support to the revolutionaries instead of the British rule, the freedom struggle of 1857 AD would be successful and the country would be free from the slavery of the British earlier.

Answer 27:
At the time of the formation of Matsya Sangh the rulers of Alwar, Bharatpur, Dholpur, and Karauli, who were involved in Matsya Sangh made this clear that in the future this association could be merged in Rajasthan or Uttar Pradesh. Alwar and Karauli were in favour merging in Rajasthan, but Bharatpur and Dholpur were in favour of merging in Uttar Pradesh. A committee headed by Shri Shankar Rao Dev was formed to solve this problem. According to the recommendation of this committee, Bharatpur and Dholpur also agreed to merge in Rajasthan. Matsya Sangh joined Greater Rajasthan on May 15, 1949.

Sculpture: Mathura, Sarnath and Patliputra were the main centers of sculpture. Sculptures were made of metal, stone and clay. Their main examples are the Buddha statue of Sultanganj, Mahavira statue of Mathura, Vishnu statue of Deogarh and Mathura.

Painting: The best examples of painting are found in Ajanta and Gwalior tiger caves.

Art and Music: During the Gupta period, there was a unique advancement in the field of music, drama, acting and dancing art.

Development of literature: During the Gupta period, there was a remarkable progress in the field of literature. During this period, Prayag and Mehrauli Prashasti were written. In Gupta period, many comedy dramas and epics were written, for example Swapnavasavdutta of Bhaas, Mudrarakshasa of Vishakhdutta, Abhijnan Shakuntlam of Kalidas, etc. Vishnu Sharma composed ‘Panchtantra’.

Development of science: There had been significant developments in various branches of science and technology during the Gupta period. Mathematics, astrology, chemistry, physics, Ayurveda and surgery etc., developed in this period. Aryabhatta, Bhaskar-I, Varahmihira, Brahmagupta, Vagbhatt, Dhanvantari, Palkapv, Kanaad Rishi, Nagarjuna were the chief scholars of this period.

Answer 29:
Importance of Civil Disobedience movement in India’s Independence movement: This movement was one of the mass movements run by the Indian National Congress against British imperialism. The dissatisfaction among the Indian leaders was widespread due to the failure of the British government to allow colonial independence after the Nehru Report of 1929 AD was rejected. After the declaration of the goal of‘Purna Swaraj’ in the Congress session of December 1929, the feeling of hope and glee was filled among the Indians as Mahatma Gandhi placed a 11-point demand before the Viceroy Lord Irwin through his letter ‘Young India’.

These demands included reduction in military expenditure, eliminating tax on salt, reducing the exchange rate, controlling the import of foreign textiles, discontinuing the sale of narcotics, releasing political prisoners, etc. Civil disobedience was adopted when Viceroy Irwin ignored these demands. The Congress working committee handed over the task of launching the Civil Disobedience Movement to Gandhi. Anti-Indian policies of the British attracted more and more people to join the activities of the Civil Disobedience Movement.

This movement created political consciousness in a very large social class. Women, youth workers and less educated rural people also participated in this movement. As result of the movement, the quantity of clothes imported from the UK decreased to one-third. Thus, the Civil Disobedience movement proved to be a milestone in the independence movement of India.

OR
The main causes of Non-Cooperation Movement were the following:
(1) First World War: The British government announced that the purpose of this world war would be to secure the world for democracy and to give every country the right for self-determination. But after the end of the war, the British government turned away from its promise.

(3) Rowlatt Act: By imposition of this Act the government got the right to imprison any person without trial, to reject their bail, etc. In addition to the above, the Jallianwala Bagh massacre and Khilafat movement were also important reasons for this movement.

Apart from this, people also resigned from government jobs and refused to pay taxes.
Importance of the movement: Congress gave a new direction to this movement. It became mass movement. It awakened the strong will of Indians to achieve Swaraj. This movement organized the Indians to Challenge the British government. 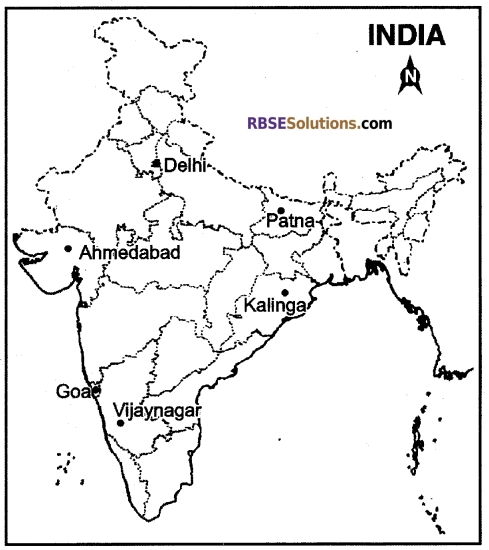