Importance and Necessity of Fundamental Right:

Fundamental Rights in the Indian Constitution:

Under article 26, the followers of each religion have been granted the following rights:

These principles or elements many be divided into the following categories to facilitate their proper study:

Important Dates and Events Given in the Chapter 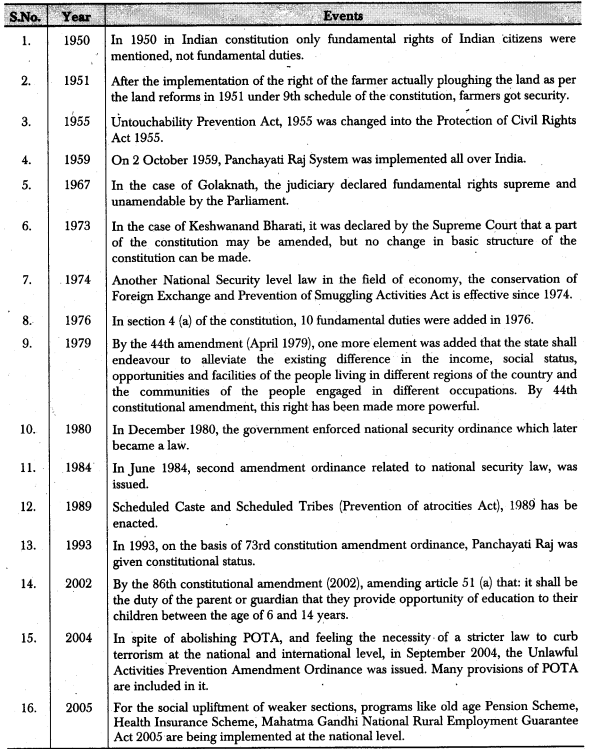