Form of Casteism and Communalism:

Role of Caste in Indian Politics:

The role of caste in Indian politics can be classified as

When a religious, cultural and linguistic group or community consciously considers itself a separate class and puts political demands on the basis of religious and cultural grounds and gives priority to its demands over national and social interests, then it is termed communalism.All such emotions and activities come under communalism where the emphasis on the interests of a particular group is made on the basis of religion and language. These interests are given more priority than national interest and an outlook of separation is developed or encouraged.

Causes of Problem of Communalism:

The problem of communalism in India has the following main reasons

Because of the problem of communalism, the country has to face many harmful repercussions, and out of these, main fallouts are:

The main suggestions to remove communalism are as follows : 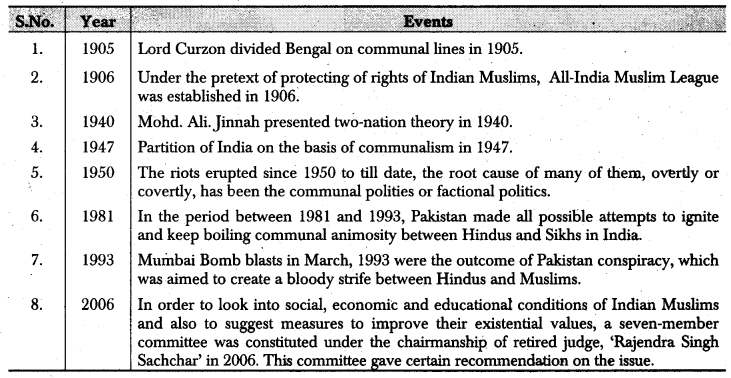